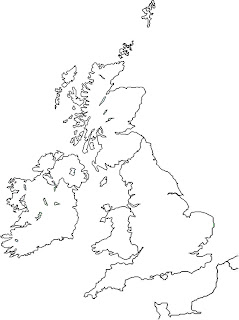 This outline map can be downloaded and painted.
Tip: Use a school atlas or the maps below!
THE BRITISH ISLES
Strictly speaking, 'Great Britain' is a geographical expression but 'The United Kingdom' is a political expression. Great Britain is in fact the biggest of the group of islands which lie between the North Sea and the Atlantic Ocean. It is approximately two and a half times the size of Ireland, the second largest. Together they are called the British Isles. The expression originally described the islands themselves, not the political or national divisions within them.
The British Isles today are shared by two separate and independent states. The smaller of these is the Republic of Ireland, with its capital in Dublin. The larger, with London as its capital, is the United Kingdom of Great Britain and Northern Ireland. This long title, (usually shortened to the United Kingdom or UK) is the result of a complicated history.
The island of Great Britain contains three 'nations' which were separate at earlier stages of their history: England, Scotland and Wales. Wales had become part of the English administrative system by the sixteenth century. Scotland was not completely united with England until 1707. The United Kingdom is a name which was introduced in 1801 when Great Britain became united with Ireland. When the Republic of Ireland became independent of London in 1922, the title was changed to its present form.
'Britain' and 'British' have two meanings. They sometimes refer to Great Britain alone, and sometimes to the UK including Northern Ireland. 'England' and 'English' are often incorrectly used to refer to the whole of Great Britain. 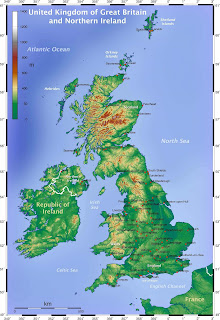 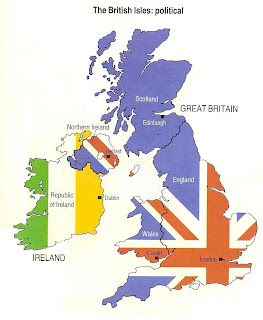 Many of us in Scotland want independence as a country, leaving the United Kingdom of Great Britain and ireland, and in September 2014 we will be voting for or against independence.

We share the same patron saint as Greece, St Andrew. Wish us luck!

Our school is in the center of Astakos near St. Nikolaos Square. It's a public school. There is a Computer Room and a remarkable School Library.

COMING TO OUR SCHOOL

Astakos (means: lobster) is a coastal town of Aetoloakarnania in west Greece and the seat of the Municipality of Astakos. His population is circa 3000 people. It is 45 km away from both Messolongi and Agrinio. From his small harbour you can travel to Ithaca and Cephalonia.
The historical roots of Astakos are found in Ancient Greece, but in medieval years the neighbouring town called Dragameston became more known. Astakos functioned as the harbour of Dragameston. Nowadays, you can admire the remains of an ancient temple, dedicated to Zeus.
In later years, its population prospered mainly because of acorn trade and built a beautiful settlement full of neoclassical buildings which adorn the city centre up to now. The picturesque district "Chovolio" and Saint George Monastery are also beautiful and worthseeing.
In the past few years a lot of hope for economic growth was invested in the new harbour of the town called Platygiali but nothing has been done yet by the Greek State. In summertime the beach is full of people who enjoy the clear sea and the traditional products, especially the fine wine.

Blog created and administrated by Christina Stratou and Vassileios Zagkotas